The River Taw, along with the other major rivers of the Westcountry such as the Tamar, Torridge and Exe, is one of the great spots to fly fish for wild brown trout, sea trout and also salmon.

Rising on Dartmoor at Taw Head it runs for 45 miles where it meets the Torridge briefly, just past Barnstaple. The Taw has 3 major tributaires: The Little Dart, Yeo and Mole that all join it along the middle to upper sections.

The river is fed by rainfall making what is known as a spate, or freestone river. Spate rivers differ from chalkstream rivers in that water levels can fluctuate dependent on the amount of rainfall. A chalkstream is fed by a spring that pumps out water at a constant temperature and flow meaning that water levels will generally stay constant. As a result the banks of a chalkstream will be of an even nature whereas a spate river will have higher banks so that it can accommodate greater flows of water.

Fishing for salmon can be productive on a spate river just as it is rising and just after a spate as the water is “fining” down. 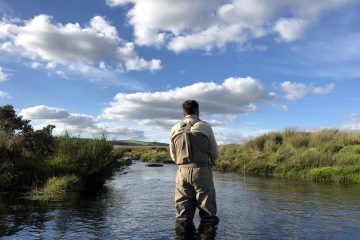 Simple, easy and some pretty good fishing too. 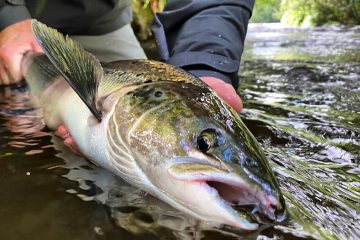 Since the 2021 salmon season opening there's been a few salmon caught in the lower regions of the rivers this March which is encouraging. 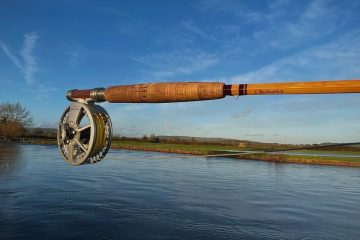 We love fishing with bamboo rods on our days off. There is something special about casting cane at our Westcountry trout. It is often thought that you need to have a rod that has been passed down from a fishing relative or you have had to visit antique fishing tackle stores to try and source a rod.